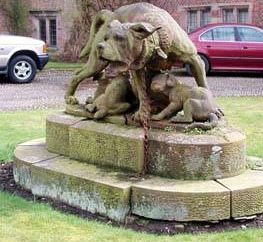 In Italy, the Cane Corso has been living alongside the people for as long as anyone can remember. Authenticity can be proven in historically documented poems and stories that date as far back as the 11th -16th century depending upon source. They are well known by historians to be courageous boar hunters and bull baiters. A powerful creature strong enough to take down wild animals and bold enough for the chase.

The genealogy of the Cane Corso is that he is directly descended from the Canis Pugnax, the old Roman War dog, of the first century. This ancient molosser would accompany their handler onto the battlefields where they would act as an unprecedented guardian. There are demonstrated actions involving use of the canis pugnax as shock troops in Romes takeover of the ancient world. It is from this bold animal, that the Cane Corso descends from. (albiet a much lighter form)

When Rome conquered Briton, war dogs were already common all over the Middle East and Europe. Rome had Canis Pugnax when they conquered Briton, but they watched the British war dogs defeat their own dogs on the battlefield and raved about the superiority of the "broadmouthed dogs of England". Ceaser 5BC was notably impressed, one imagines great numbers of these tribute dogs taken back to Rome as gifts, and many were used to perform in the arena. It is reasonable to assume that the Romans would have introduced these British dogs to their own lines which would explain why the brindle colour is also prevalent in the Cane Corso. 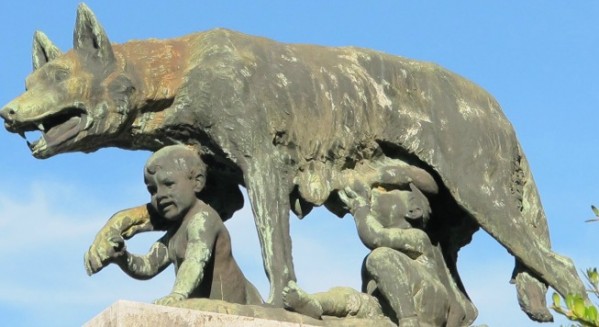 With the fall of Rome, came the decline of wholesale breedings of corsi, there was a need for a working dog, but in lean times, no farming family could afford any useless eater. And this is where the corso utility kicks in . The breed found itself hearding, guarding, working in butcheries and interacting within a family environment. The corso secured its passage to the modern day with its ability to do the job. Each generation was bred to that gold standard- survival. These animals were jealously guarded, usually given as gifts, a continual cycle of improvement. 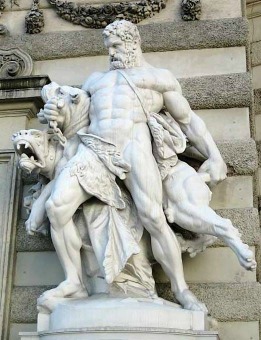 The Cane Corso is also known as the Italian Mastiff or as the Sicilianos Brancherio. Cane is Latin for "dog" and is pronounced "ca-nay", whilst Corso means "course" or "chase." Hence the name Cane Corso is taken to mean "dog of the chase." However, others theorise that the breed's name derives from the Greek word Kortos, which means property enclosed by a fence, and so they consider Cane Corso to mean "dog that guards the property." Another connection is the Latin word cohors, meaning "protector" or "bodyguard".

In 18th century painting by Hackart shows the Cane Corso in an amphitheater, preparing for combat against the wild boar.

When Cane Corso were used to protect cattle, they wore spiked collars to help protect them against the wolves. This was called a vraccale. 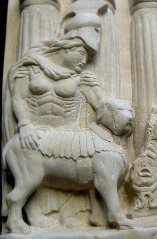 Dog fanciers began to breed dogs which possessed certain traits that were needed to assist in their life's endeavors. The outcome was a dog that was versatile in his abilities, as well as, a good family dog. The Italian farmers managed to maintain much of the look of the Canis Pugnax, but a version that fits into an ordinary farm and family lifestyle.