I lived in Naples, Italy as a teenager and often admired the powerful yet elegant, Corso that were prized above all other breeds of dog whilst I was there.  Young men and boys would parade them up and down the forlayna and around the town of Lago Patria where we lived.

In 2000 my family and I migrated from England to New Zealand.  At that point in time there was nobody in NZ breeding Corso and no known dogs in the country.  As such the next best thing and another breed we fell in love with was the Staffordshire Bull Terrier.  My family originated in Stafford and has long associations with the breed in the UK.  We had several dogs over 10 years and bred a couple of litters but our hearts were still keening after Corso……

Fast forward to 2011 where I heard about someone finally breeding Corso and I made contact with Tania and Lonce.   From here my family and I embarked on what has been a roller coaster ride of highs and lows but so began my love affair with this magnificent breed and this exceptional family!

From that initial conversation things moved very quickly and I soon had little (not so much anymore) Montopoli Sabina in my arms on the beach at Lyall Bay after her flight – set to be a breed Ambassador – a big title to fill for such a little Lady.

Wow, so much has happened since then.  She is the very first NZ Bred Champion Corso and the first Champion in NZ for many, many years.  Sabina fought hard for her title always having competition in the ring and was provisionally awarded with her CH prefix at her first show after she turned a year old (an NZKC requirement is to have at least 1 Challenge certificate awarded after the dog turns 1 year old).  We are so grateful to all the New Zealand and overseas Judges who recognised her superior breeding, excellent confirmation and type.

We have done Obedience Training with Sabina too, up to Level 4 at our Local Club and she has also been successful at obedience shows.   She is an incredibly fast learner and strives to please.  Corso are the most trainable breed I have ever had the privilege to work with and I have lost count of how many awards and ribbons Sabina has won.  She was the youngest dog to be training at her level.

In the near future Sabina will be working towards her Bronze Canine Good Citizen Certificate.

Sabina is a joy to have around.  It goes without saying that as well as her exceptional breeding a LOT of early socialisation and training has gone into making her the well adjusted, confident, happy adult that she is.  You get out what you put in!  As a puppy you must always be aware that anything ‘cute’ at this stage may not be quite so cute when they weigh in excess of 50 kgs!

When Sabina first came home at 10 weeks old she was resource guarding towards her food.  She would growl at me if I tried to touch her food bowl.  As such I spent a lot of time de-sensitizing her to all the members of our family (cats and the kids) being the ‘owners’ of her food and being the superstar that she is Sabina caught on very quickly and soon learnt that food aggression would not be tolerated.  Unless you are an experienced dog handler please do not attempt this by yourself – seek the advice of your breeder and or a professional.

A point to note if you are hoping to be successful with your application for one of these amazing dogs is that we have not had a coffee table for many years……  The reason being Sabina’s tail is long enough, strong enough and large enough to clear one with a single wag!  You must also be aware that as such a large, heavy breed they cannot be left on very hard surfaces (concrete) for extended periods of time – this damages their joints and is not comfortable for them.  If you want an outside dog solely to guard your property then a Corso probably isn’t for you.  They live to be the life and soul of the party and the heart of your home.

Corso have been bred for thousands of years to guard and protect.  Their families are their everything.  They have a massive bark and will defend to the end if necessary.  Sabina is no exception to this rule, she’s our neighbourhood watchdog!  If Sabina is barking everyone in our street pays attention as she is letting us know about something we should look into.

Wherever she goes Sabby always has a queue of children for cuddles and a fan club who follow her around.  We are members of the Giant Breed Club here in Wellington and regularly meet at the Beach for organised walks with other giant breed dogs – Sabby has a following who come just to see her! 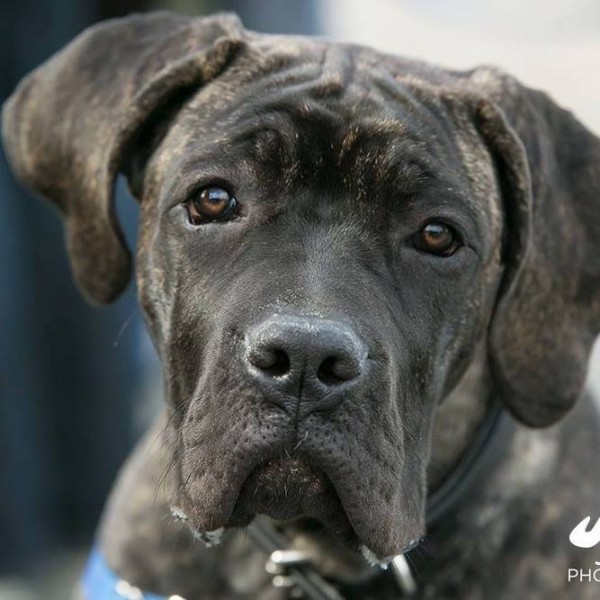 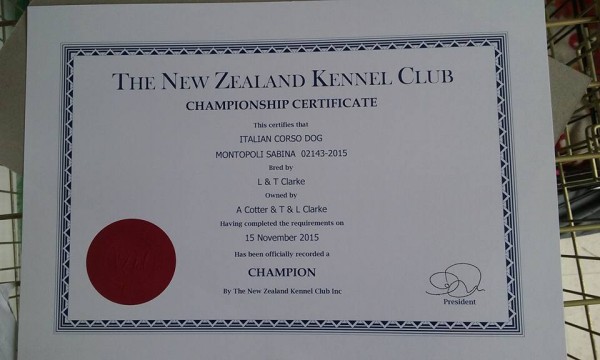 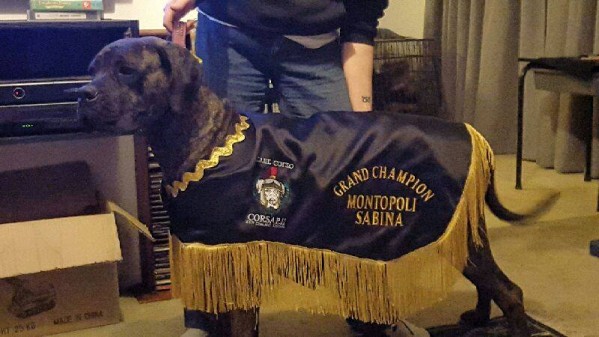 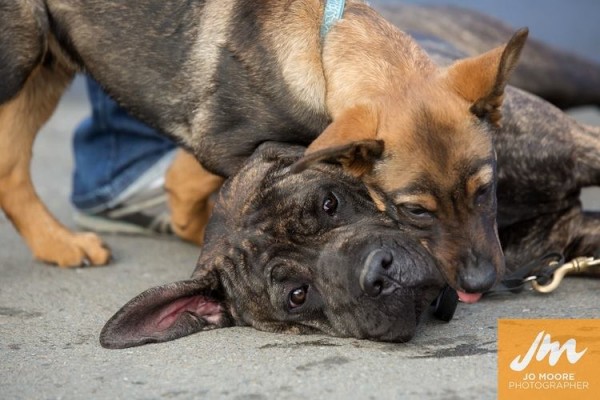 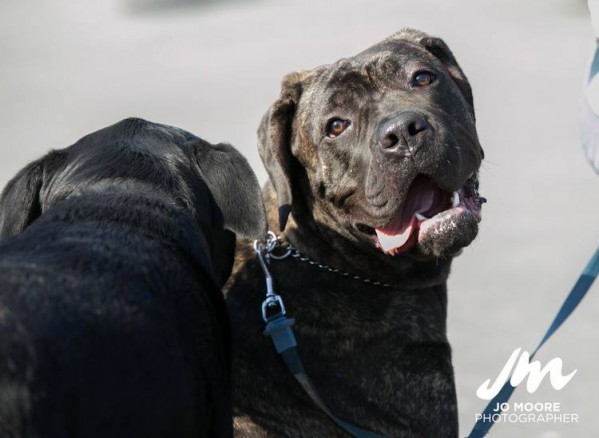